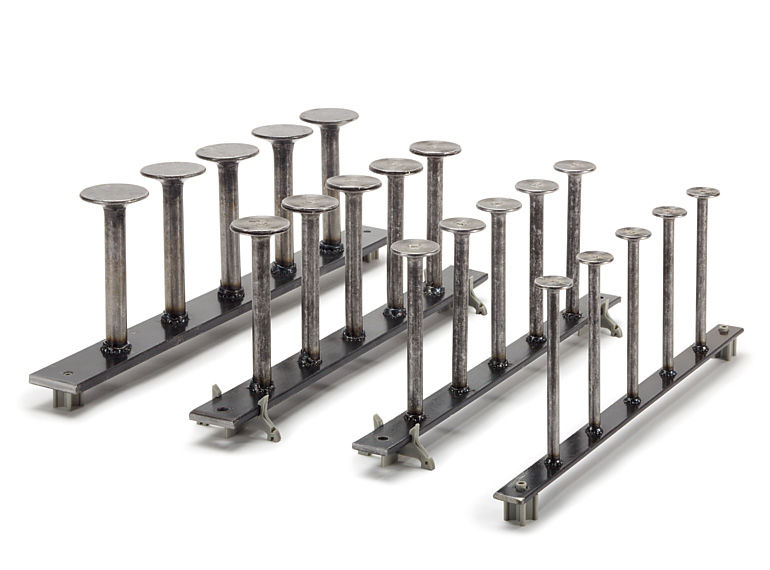 One of the critical dimensions provided by the design engineer for stud rail installation is the initial space.  This dimension dictates how far away from the face of the support the studs start.  If this dimension is under-sized, the first stud may not be effective, and if the dimension is over-sized, a punching crack may form at the face of the column without being intercepted by a stud.  To prevent rails from being installed backwards, both ends have the same initial space.

However, slab folds and drops are rarely designed for the stud rails to fit exactly.  During the detailing process, Advanced Post-Tension determines how many studs of a given height are required at each column, but we can’t adjust the initial space.  This can lead to a situation where the last stud on a rail is inside the slab fold, but the base rail continues into the formwork.

In this situation, two dimensions are critical: First, the dimension from the toe of the last stud to the end of the rail, and second, the 2” minimum clear distance to the face of concrete.

The bottom strap of the stud rail is designed so that, if the end of the strap is in line with the farthest point of the stud head, it has full structural capacity.

Therefore, if you need to trim a stud rail, leave at least the following distance from the center of the last stud to the end of the rail:

However, it’s much easier to simply cut the end off the rail 2” from the face of the formwork.  Provided the drop cap is formed correctly, this should not remove more material than the minimum allowed.

The straps for stud rails are made of relatively soft steel.  It is acceptable to cut them with a torch, plasma cutter, abrasive wheel, or shear. 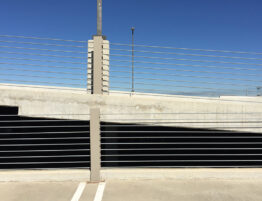 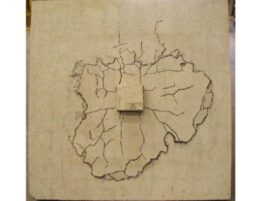 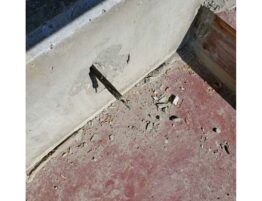